What is the best snowmobile 2-stroke oil? My favorite has to be the Klotz Snowmobile TechniPlate oil. This oil helps your snowmobile engine to have a long and successful life without any harsh fumes. It also smells fantastic, all while keeping my engine clean. 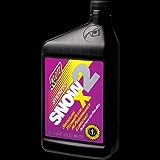 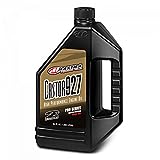 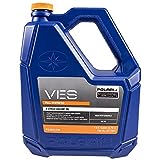 If you like taking pristine care of your snowmobile, it is incredibly important to use high-quality snowmobile 2-stroke oil. Not using good oil could result in the engine blowing up and your snowmobile’s manufacturer not accepting the warranty.

Fortunately, there are many great snowmobile oils to consider. I have experimented with the different kinds of oil so you don’t have to! Below you will find some tips and tricks to help you find the oil that is right for you. 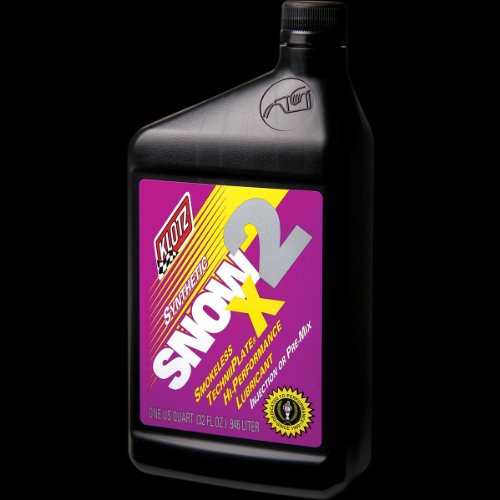 I love this oil because it is full synthetic. The benefit of going full synthetic is that it keeps your sled from collecting gunk and deposits inside the engine.

I prefer this because I am the type of rider that doesn’t like to constantly do engine and maintenance checks. I like to be able to ride the whole winter season without having to take it to the mechanic.

It is a little thinner than a castor oil base, so it doesn’t have as much kick behind the throttle. I have seen some of my friends use a castor oil base when they first buy their sleds and then switch to this oil to get the best of both worlds, but mixing oils can be a dangerous game.

I personally don’t like to do it. The only place where the thinness makes a noticeable difference is in the tight areas of the engine.

This is a clean-burning oil and has very little emissions. There have been some issues when used with older sleds that it smokes a little when the sled is first started, but it usually goes away by the time the sled is warm.

The oil itself smells amazing. I think it has a sort of cotton candy scent to it. This oil is pretty affordable and is sold all over, so if you need to find it in the middle of nowhere, you most likely can. 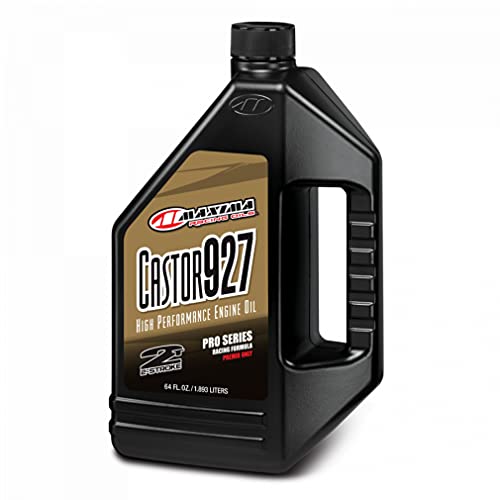 This oil is great for riders who need a big amount of get up. The castor oil has the ability to really get in between the mechanisms and stay there despite being pushed away with great force.

You can feel the difference between this oil and a full synthetic oil when the sled accelerates at an incredible speed. Because of this, a lot of racers use this oil.

Castor oil has a wonderful way of seeking out hot spots in an engine and clinging to those spots. It does not, however, easily mix with gasoline, which can create some problems.

The oil doesn’t smell as great as my favorite one, but some riders have said that they prefer it this way.

Castor oil is known to leave behind some gunk and deposits in the engine’s cylinder, so if you do want the extra get up castor oil provides, make sure you are regularly servicing your engine. 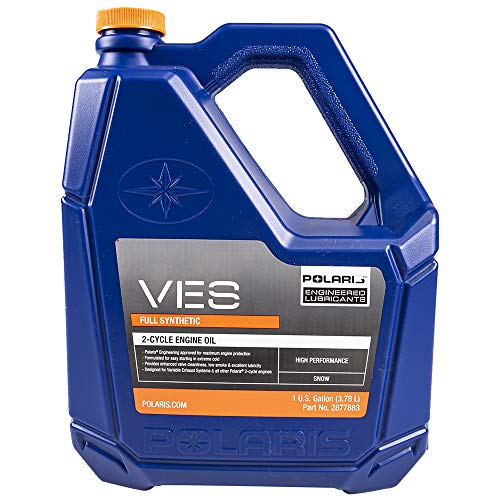 This oil from Polaris is the most expensive full synthetic oil on the market, but lots of riders prefer it. I think it is just too pricey if you are snowmobiling all the time, but the argument is that you spend more money at the mechanic if you use the cheaper Klotz version that I prefer.

It has a very low temperature pour point, so if you are using your sled in extreme temperatures, this might be the oil for you. Another factor to consider is that this oil is not found at your average gas station, so unless you are going to be on top of ordering it online, you might get into a situation where you have to mix oils.

This oil mixes really well with gasoline and keeps the engine clean as a whistle. It does not produce smoke when starting or leave behind fumes on the trail.

It is a better fit with newer engines, whereas older engines just need a little more film to them to make the older mechanisms function properly. It also doesn’t have an extremely strong smell.

Choosing the right 2-stroke oil can be a lot like choosing a religion. Many riders have their own personal beliefs about which oil performs the best.

Because a snowmobile takes the summers off, you definitely want an oil that is specifically made for snowmobiles as they have components to them to fight rust and corrosion.

You also want to choose an oil that fits you personally. The oil for a rider that regularly does maintenance checks will be very different from a rider that spaces them out longer.

It can be confusing to choose a 2-stroke oil, so below you will find factors to help you determine what kind fits best for you and your sled!

Snowmobile oil is designed to protect your sled’s engine. It prevents metal to metal contact, keeping the pistons from grinding and damaging the engine beyond the point of repair.

If an oil is too thin, it will be forced out of the tight spaces in the engine, and metal contact will occur despite having put oil in it.

If an oil is too thick, then it leaves behind a residue that can build up and create problems.

There are three different kinds of 2-stroke oils. Firstly, there is petroleum-based oil or semi-synthetic. This is more designed for lawn mowers and 2-stroke engines doing much lower RPM than a snowmobile. It turns out nasty and gritty, and I don’t recommend it.

The second type of oil is castor based. Castor oil comes from a bean and is a great choice because it is very gummy and will not be easily pushed away in tight spaces. The downside of castor oil is that it tends to leave behind a residue and requires more frequent cleaning in the engine.

The third type of oil is full synthetic. Full synthetic oil is made in a lab, and because of that, it blends with fuel very nicely. This oil doesn’t leave a residue, but it does not offer the same get up and go as the castor oil.

Full synthetic oil is usually the most expensive oil that you can buy because it costs a lot to manufacture in a lab.

Cost isn’t the only factor to consider when choosing an oil. You also must consider where you will be riding and what types of oil they sell in your surrounding area. It is not recommended to switch oil over and over again as that is not how the manufactures performed their tests.

Will your engine be ok if you switch oils because you can’t find the same oil you put in last? Probably. I just wouldn’t switch between the types of oils.

There is nothing worse than getting behind a rider that is using a low-quality 2-stroke oil. The sled has a tendency to backfire, but worse of all, it smells horrendous. I sometimes wonder if I am literally smelling their engine falling apart.

On the contrary, a good-quality oil will either smell amazing or be almost odorless. I prefer the good-smelling ones because now it reminds me of amazing memories of powder in the backcountry.

My Choice for the Best Snowmobile 2-Stroke Oil

While everyone will have a different opinion of what oil works best for their sled, my favorite and top pick for the best 2-stroke engine oil for snowmobiles has to be the full synthetic Klotz Snowmobile TechniPlate Oil.

It is perfect for a rider like me who isn’t tearing the front-end apart often and doesn’t like taking it to a mechanic mid-season. It keeps my engine clean and has a great cotton candy smell to it.

If you have a bit of an older sled, or you are the type of rider that does all of your own maintenance, then maybe the right fit for you would be the Maxima Castor Oil.

If you have money to burn and prefer a more odorless and clean oil, then perhaps the Polaris VES Oil would be more suited to your riding style. Happy Trails!